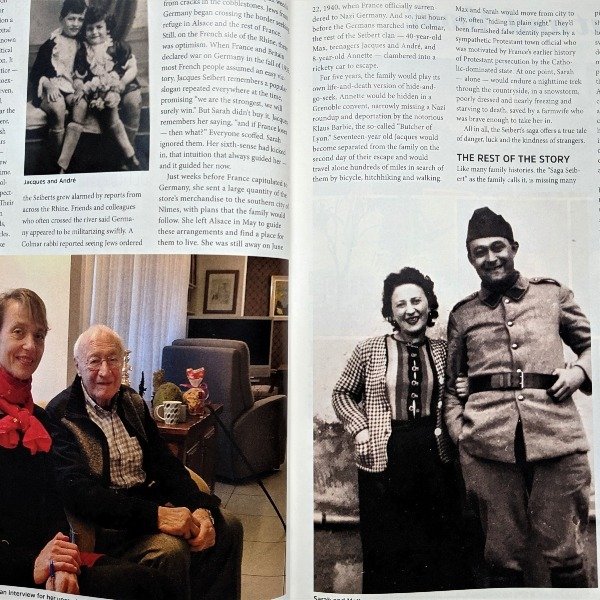 Many people have already asked me how to pre-order the book. For now, please use the "contact" button on this page to send me an email. I'll be sure to reply and hold your name once it is published. Meanwhile, to whet your appetite, here are the first 10 lines of the book's synopsis that I'm now sending out to literary agents. (Photos courtesy of Brigitte Aumont; layout from an article I wrote for New Hampshire Magazine, October 2019)

The French call the period of German occupation from 1940 to 1944 Les Années Noires or “The Dark Years” and it was darkest of all for those deported from France to Nazi death camps; including 75,000 Jews. But this grim statistic is often paired with another: 225,000 Jews survived. Hide and Go Seek depicts those who held onto traditional French values of “Liberty, Equality, and Brotherhood” and whose actions saved individual souls and the soul of a nation.

The book’s heroine is Sarah, a Polish Jewish immigrant, whose formative years during the First World War imbue her with both practical survival skills and an uncanny ability to predict the future. Sarah is part of a wave of Eastern Europeans who come to France after the Great War, drawn by economic opportunity and France’s reputation as an open society. For two decades, she lives the classic immigrant dream: a family, a business, and friendships in the province of Alsace, bordering Germany.

All is shattered when France capitulates to the Nazis in June 1940. Sarah and her family join a massive exodus out of northern provinces to the south, the unoccupied zone called “Free France” and led by the collaborationist Vichy government. They soon discover it is no safe haven...